Have you ever dreamt of having a giant fluffy kitten? A giant furry pet that you can huddle in the cold nights, that is something we could only dream of. The idea of ​​having a huge and cute pet can only exist in fantasy. However, a Japanese artist is able to make this dream a reality.

Monokubo is a 24-year-old Japanese illustrator who creates a new series of amazing illustrations. He represents a new fantasy world where giant animals live and evolve together with humans. 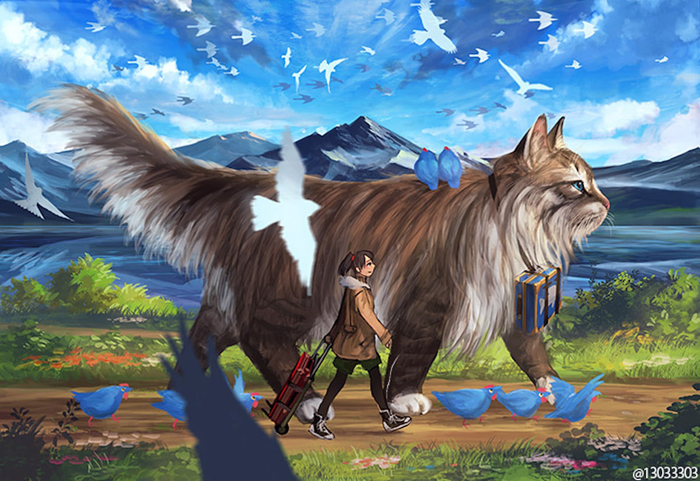 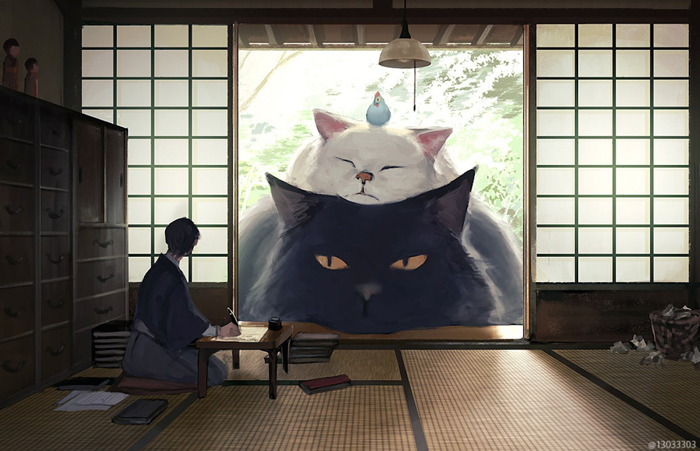 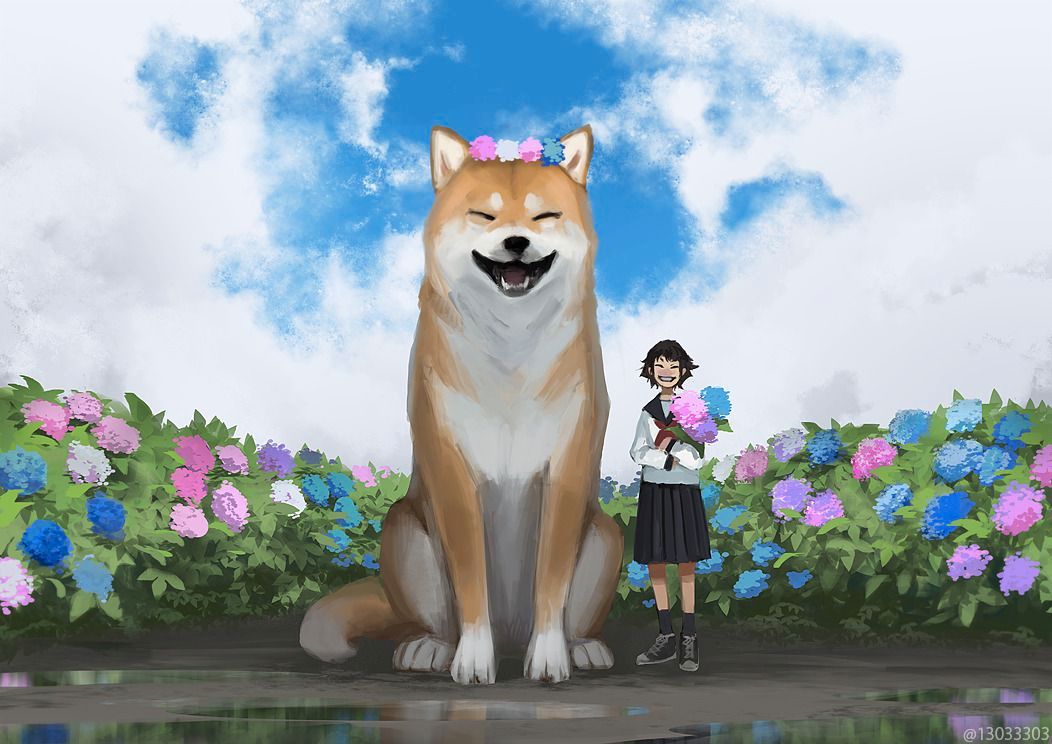 This is not the first series of illustrations by the artist dedicated to animals. Monokubo’s works include cute images of pandas, rabbits, dogs, raccoons, wolves, birds and even penguins. But cats are definitely the main object of his adoration. 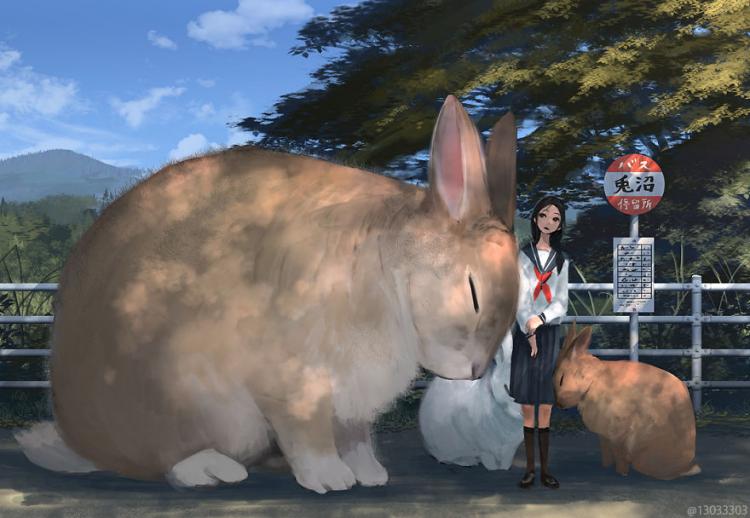 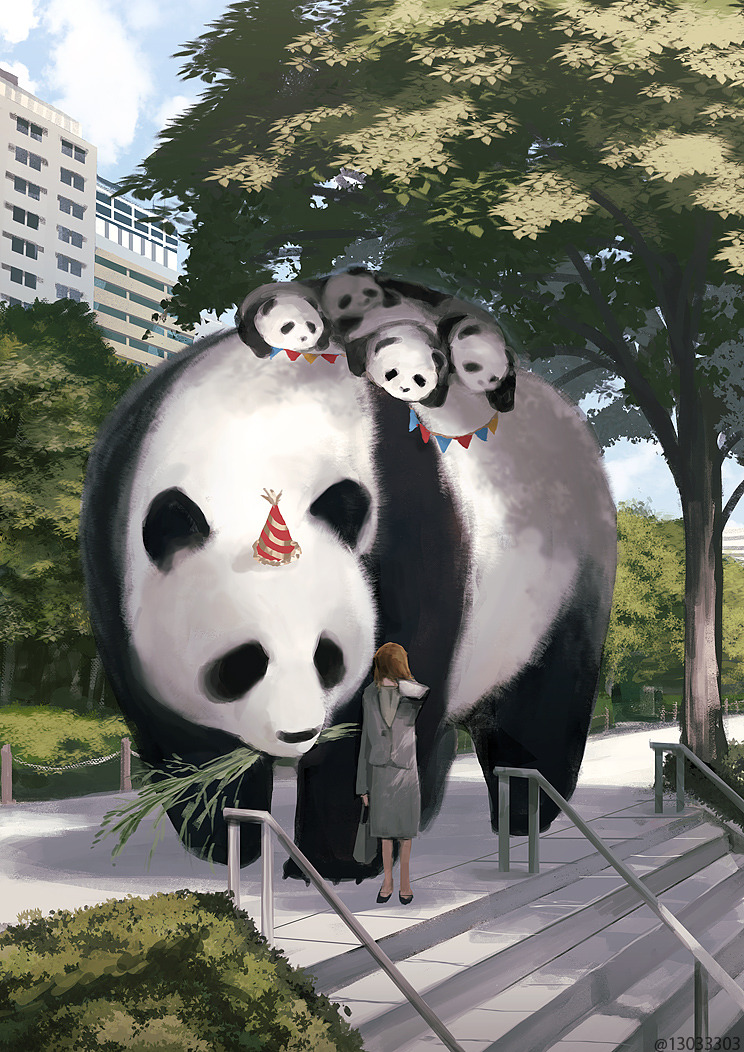 All of Monokubo’s illustrations are inspired by the Studio Ghili anime movies, written and directed by Hayao Miyazaki.

«It came from «Princess Mononoke» and «Totoro.» I liked doing anime drawings in such style since a young age,» told Monokubo . 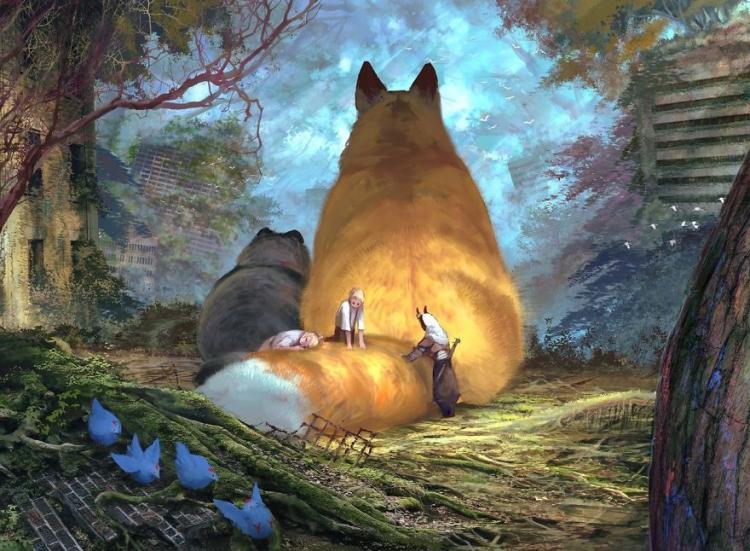 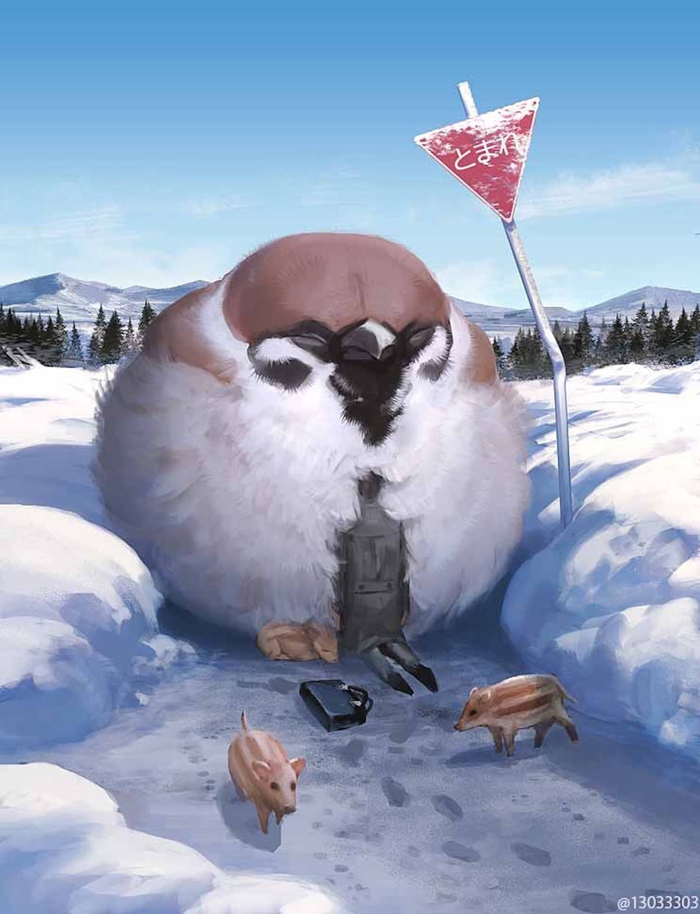 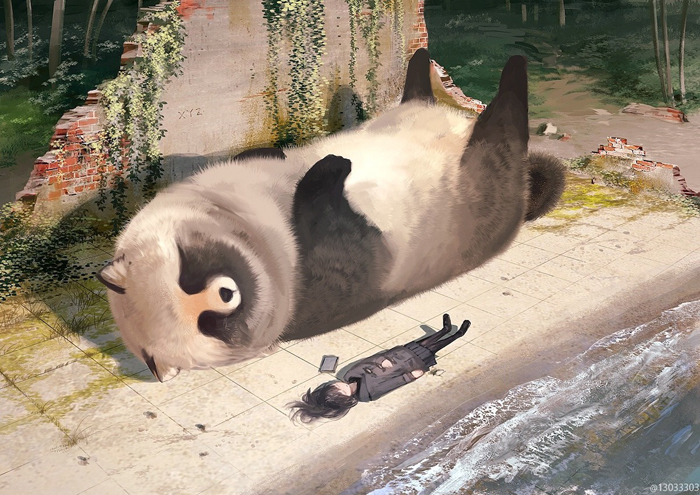 The artist also draws inspiration from natural landscapes and various illustrations such as Piotr Jabłoński’s work. 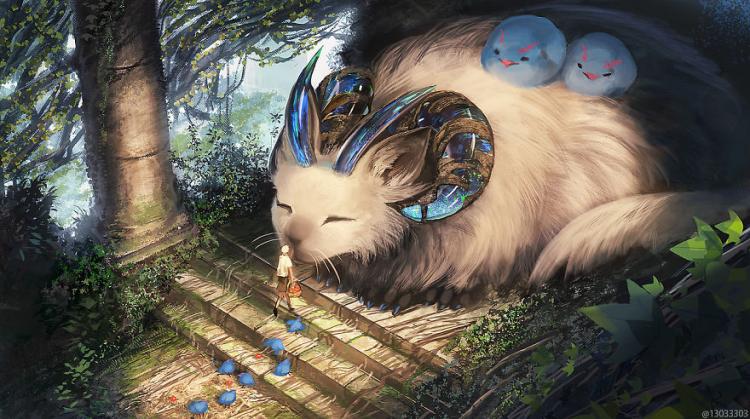 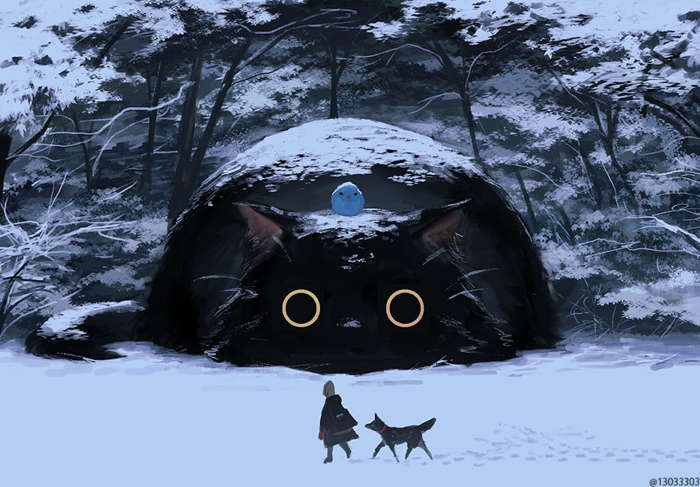 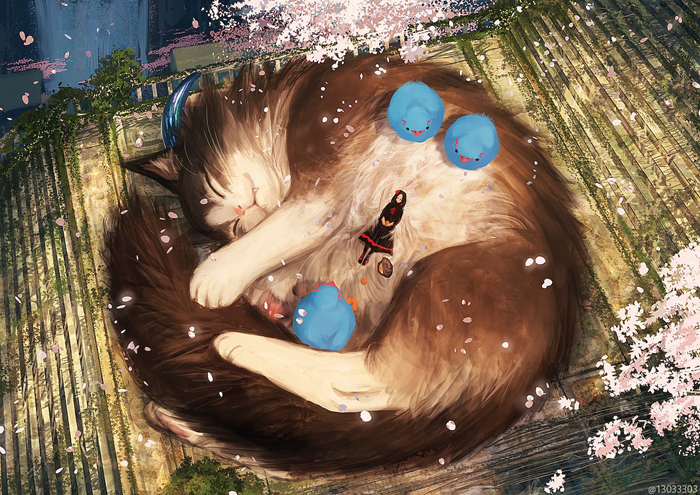 The atmosphere in the pictures is almost always ethereal, peaceful and unremarkable, and its compositional story elements are reminiscent of Japanese mythology. 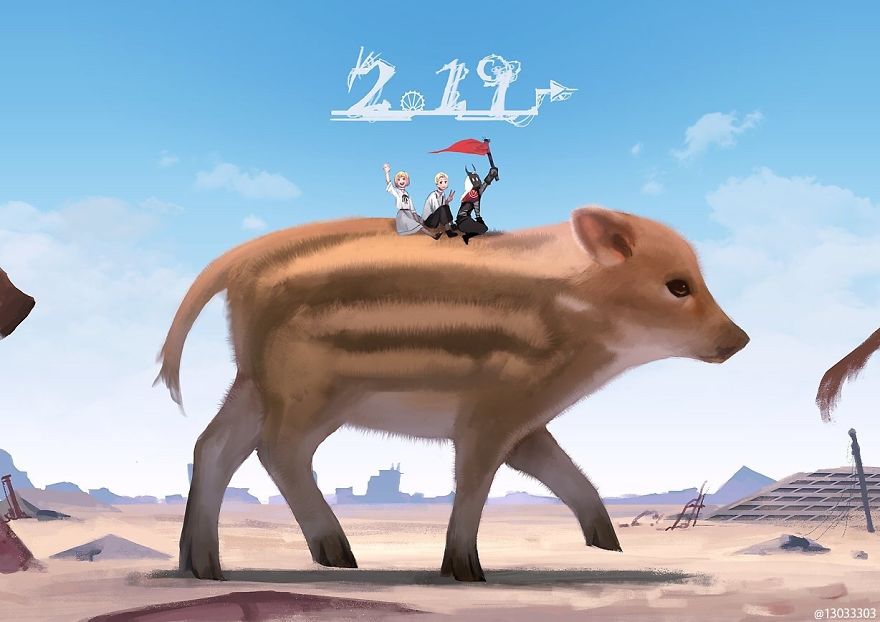 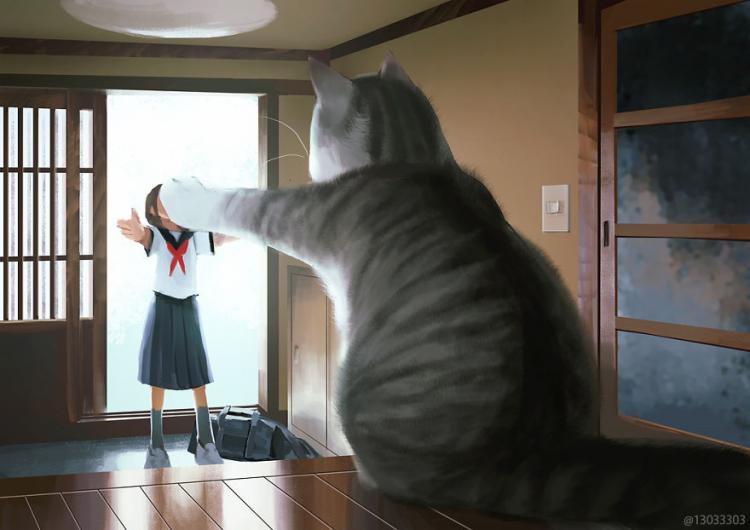 Many illustrations have soft sunlight passing through various objects including leaves and windows.

There is even a Japanese term “komorebi” (木漏れ日) that means “the scattered light that filters through the leaves of the trees”. 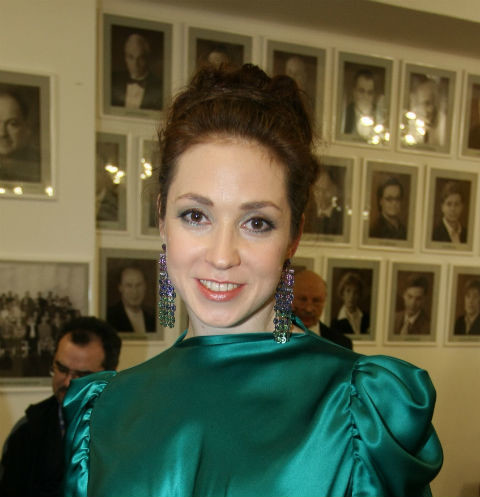